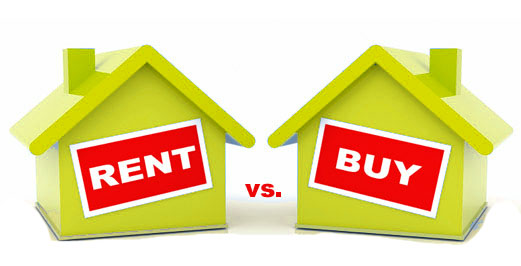 Renting vs. Buying Your Child’s School Band Instrument
from www.summersong.net

Your son or daughter has decided they want to play a musical instrument in the elementary school or middle school band. This is a wonderful, constructive activity that can last for years. But, as with any important activity, there are decisions to be made. Besides selecting the best private lesson music teacher for your child, another important decision is whether you should rent or buy a band instrument.

Renting vs. buying a band instrument is an important decision that can have an impact, not only on your pocketbook, but also on whether or not your child stays with, and enjoys, their instrument for years or quits in frustration after a few months.

For some parents this band rental option offers a quick and easy way of letting their child get started playing the instrument they have chosen. There is nothing wrong with this and many parents welcome the opportunity to get started quickly. However, renting in this manner is almost never the most cost effective way of getting started.

The typical method for renting a band instrument is a “rent to own” contract. The parent pays a monthly rental fee to the music store, usually automatically deducted from a credit card or band account. Again this provides an easy way to have your child get started with the band instrument.

However, what many parents don’t realize about a rent to own contract is that by the time you own the instrument, years after starting to rent, you have paid much more in rental fees than it would have cost to buy a brand new instrument up front. This is because you are paying the list price (the full “suggested retail price”) for the instrument instead of the normal selling price. The normal selling price of a band instrument is usually 20-40 percent less than the list price. Think of this in terms of paying the sticker price for a car as opposed to the actual price the car usually goes for.

In addition, the rental contract usually includes interest charges and insurance fees, even if these are not explicitly spelled out. Parents end up paying twice as much, three times as much, or even more, for an instrument on a “rent-to-own” plan than they would if they had just bought a new instrument outright in the first place.

In addition, sometimes music stores will rent used instruments, band instruments that have been rented before. The finish on previously rented instruments is often worn and more serious repair issues may be present.

There are a couple of advantages to renting as opposed to buying, besides the convenience factor. One is that minor repairs are usually covered in a rental agreement. Another is that if the student does decide to stop playing before the end of the first year, renting can sometimes be a better financial decision than buying a new instrument.

However, this last consideration does not apply to the alternative of buying a good used instrument. It also doesn’t take into account buying a new instrument and, if the student does lose interest, passing the instrument along to a younger sibling or relative.

In addition to financial considerations, another major advantage to buying a new band instrument, as opposed to renting, is that buying gives both students and parents a greater sense of commitment to playing and studying an instrument.

This can often translate into the student being further encouraged to keep playing the instrument they have chosen. It also provides additional motivation for the parent to encourage daily practice, an ingredient that is necessary for success in playing any instrument.

If there are no local music stores selling new band instruments (and there seem to be less and less of these every day) buying online is a viable alternative. Again, ask your child’s private lesson music teacher for advise on the best student model instrument. Buy from an online retailer that will allow at least 30-day returns.

Buying vs. renting a band instrument is an important decision. A good private lesson music teacher can be a big help in making the proper instrument selection, new or used, for your child.